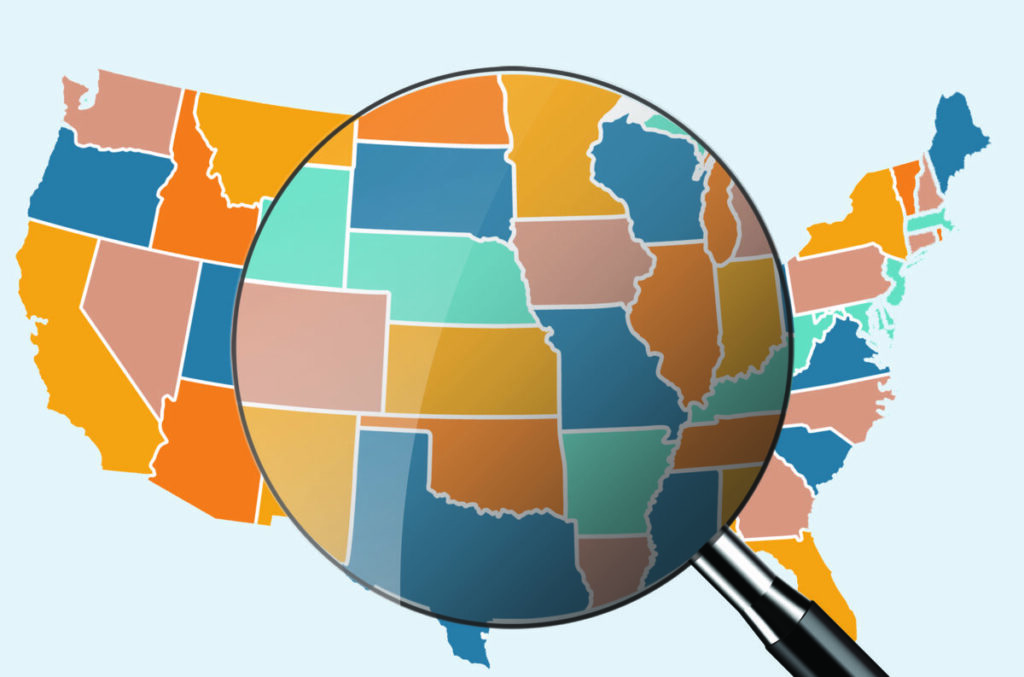 Even as evidence continues to mount that much of the charter school sector has been overrun by a host of problems, its supporters have become even more emphatic. They concede that, yes, a few “bad actors” have emerged, but otherwise it’s all systems go on continued expansion.

While exposing the financial mismanagement, exclusionary enrollment procedures, and a less-than-stellar academic record is obviously important, singling out individual schools obscures the fact that the system itself is the issue – and that’s where top-to-bottom improvements have to be made.

A new NEA report card on state charter laws and statutes zeroes in on the weak regulation and lax oversight that enable for-profit organizations to open and manage charters in most states. 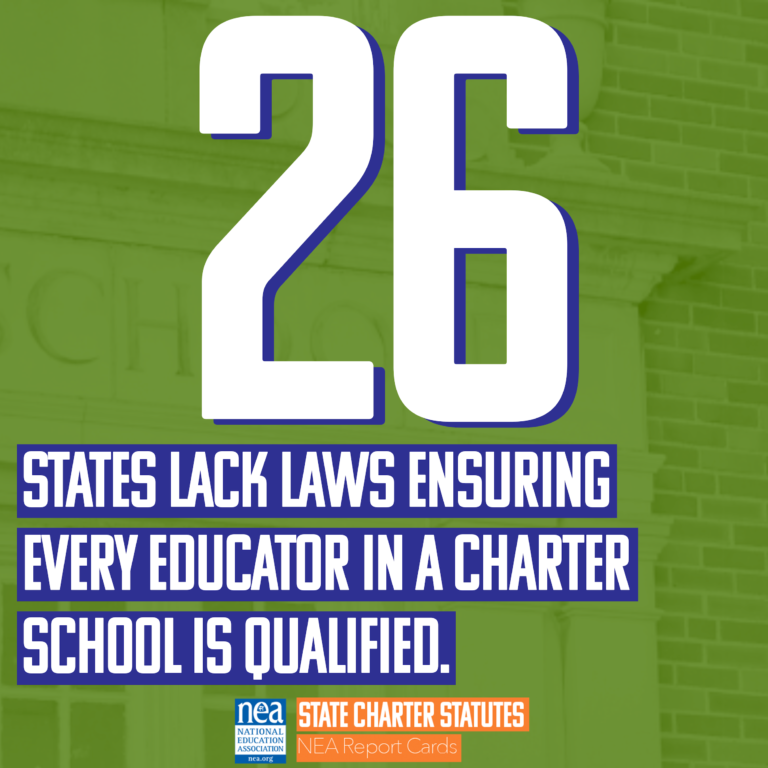 Maryland is the only state that received an “adequate” rating – a grade of “B-”.

“Charter schools were started by educators who dreamed of schools in which they would be free to innovate, unfettered by bureaucratic obstacles,” said NEA President Lily Eskelsen García. “Handing over students’ education to privately managed, unaccountable charters jeopardizes student success, undermines public education and harms communities.”

However, the goal of the report card, Eskselsen García added, is not to pinpoint blame, but is to “provide individual states with a roadmap to help build stronger accountability measures.”

The report card’s grading system is based on the four basic tenets of NEA’s charter school policy, issued in 2017:

Letter grades were generated by answering key questions under each tenet (13 questions in all). To determine, for example, if a state’s statute required charter schools to be truly public institutions, NEA analyzed whether for-profit entities were excluded from opening and managing a charter school. To gauge how accountable charters are to the public, it was necessary to establish whether the schools are audited.

Overall, it’s not a pretty picture.

According to the NEA report, a number of states do not require even the most rudimentary, commonsense protections that parents and communities rightly insist upon for all other taxpayer-funded schools.  Furthermore, many states don’t bother to require charter school teachers to meet the same certification requirements as public school teachers. And in too many states, charter school operators are allowed to establish a school, almost no questions asked. Community input is either not solicited or ignored, or both. In addition, they are often given the green light despite the absence of any analysis determining if such a school is even necessary.

The 2017 NEA Policy Statement on charter schools denounced the expansion of unaccountable charters over the past 20 or so years as a “failed and damaging experiment.”

Lawmakers at all levels of government abetted this expansion by exempting charters from basic safeguards that apply to public schools, and eliminating sensible processes for authorizing new schools. This reckless approach persists in many states, despite substantial evidence of financial mismanagement and profiteering, and lackluster overall performance.

Still, the sector is facing – perhaps for the the first time – significant headwinds. The growing awareness of the costs  that unfettered expansion has inflicted, especially in low-income communities of color, is beginning to resonate with the general public.

“More communities are coming to see that charter expansion is in no way some sort of magic cure-all,” says Bob Tate, NEA senior policy analyst. “On the contrary, it has been creating more problems than it helps solve.”

It’s a message that has driven many of the #RedForEd protests as educators have successfully linked school privatization to the chronic underfunding of public schools. The strike by United Teachers Los Angeles in January forced the district to agree to a moratorium on expansion (there are currently 200 charter schools in Los Angeles) that has siphoned off $600 million annually from the district’s public schools.

This move is especially significant given that the California Charter Schools Act currently forbids school boards reviewing applications for new charters to consider how they might impact neighborhood public schools – one of the 13 questions or “guardrails” identified by the NEA that states can use to bring accountability to a sector that sorely needs it.

The 46 jurisdictions that have charter school laws need a roadmap, the report said, because “they have a long way to go to ensure that charter schools actually function to improve public education offerings for students.”