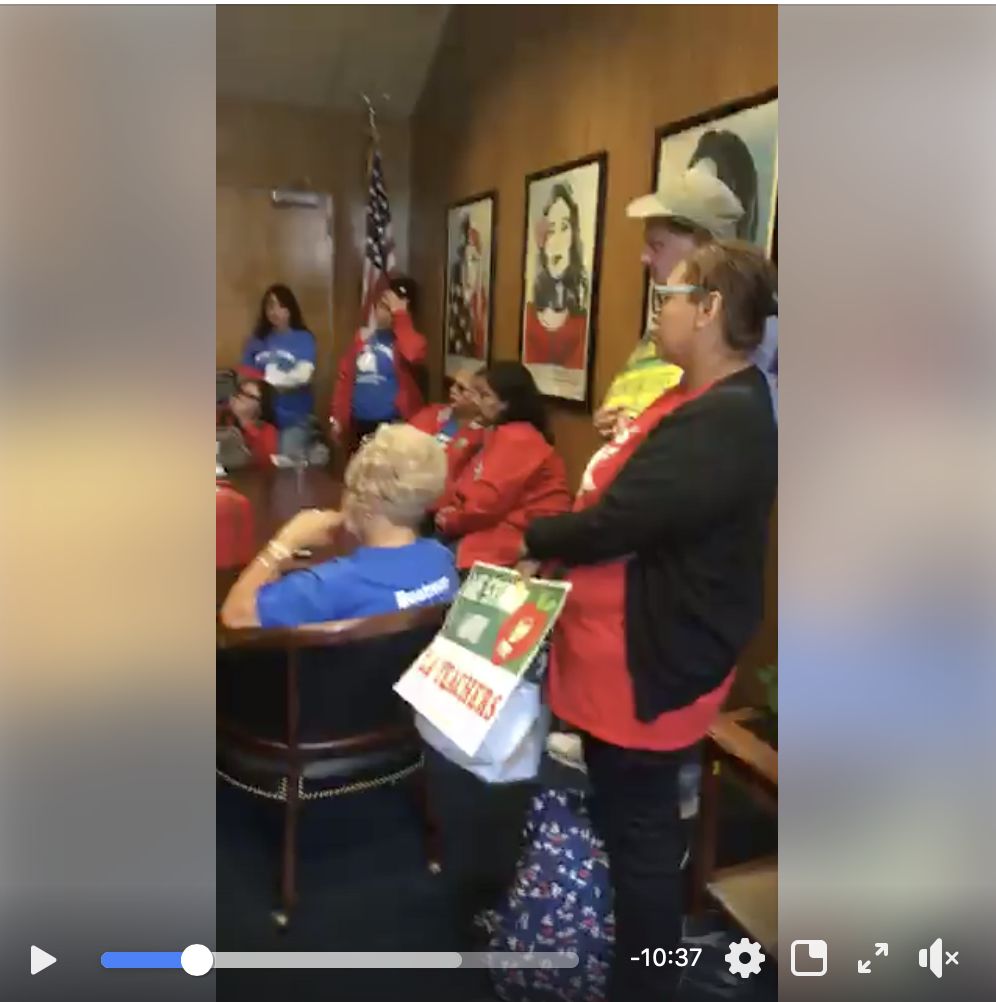 A group of bills to reform the worst abuses of the charter industry are making progress in Sacramento. The bills requiring charters to operate in its authorizing district (AB 1507- Smith) and returning control over charter authorization to local school boards (AB 1505–O’Donnell) passed the Assembly and now head to the Senate. Other bills to enact four-year moratorium on new charters (SB 756–Durazo), and cap charter growth (AB 1506–McCarty) could be up for a vote in the upcoming days.

The steady movement seen by all four bills was unthinkable before our strike, which highlighted the damage that the unregulated spread of the charter industry is having on neighborhood public schools.To support charter accountability and the equally important demand for increased education funding, public education supporters converged in Sacramento on May 22 for a statewide #RedForEd Day of Action. Organized by our affiliates, the CFT, and CTA, the rally was perfectly timed to send a message to elected officials about community support for the pending legislation. The statewide nature of the Day of Action underscored the struggles California school districts share because of the underfunding of schools and the unregulated growth of the charter industry, sponsored by billionaires and corporations whose actions drain resources from our neighborhood schools.

“An arguably better visualization of Assembly vote on AB1507, charter location, according to CCSA contribution and party. Someone said this was the ‘easiest’ of the charter bills. Meaning an Assembly member’s vote on this is a sop to regular-district supporters, but doesn’t necessarily reflect their vote for AB1505 and AB1506. Therefore, seeing a “yes” here from your AM doesn’t let you off the hook calling. Case in point: Bloom, for example, stated yesterday he intends to vote no on both AB1505 and AB1506, though you’ll notice he voted yes on AB1507. Ball’s in your court folks.”