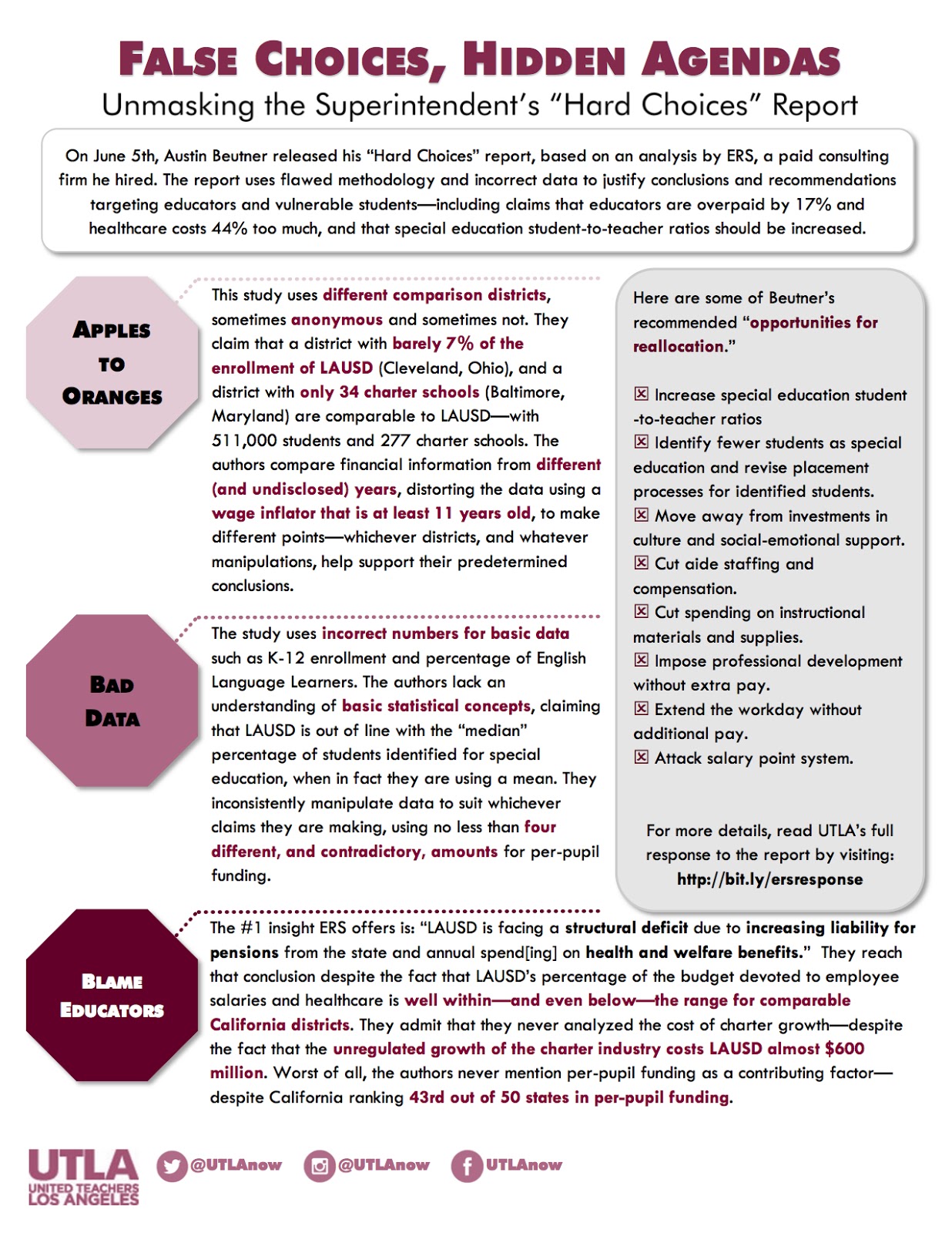 ONE PAGER: UNMASKING THE ERS REPORT

On June 5, 2018, the LAUSD Board of Education released a report produced by the L.A. Unified School District Advisory Task Force, based on an analysis by ERS, a paid consulting firm hired by now-superintendent Austin Beutner’s Task Force. One of the stated objectives of the ERS analysis is to “mitigate threat of deficit by identifying key opportunities for reallocation and by naming and quantifying key structural challenges” – i.e. cuts. Unsurprisingly, the paid analysts repeatedly name educators, pensions, and healthcare as key structural challenges.

The report bases its conclusions on several fundamentally flawed methodological decisions. Deliberately misleading charts, graphs, and conclusions about causality provide further evidence of the bias in the report. The report is riddled with numerous internal inconsistencies in its comparisons and its treatment and manipulation of various data points. Peer groups used for comparison were selected by questionable methods. Several data points used by the authors proved to be incorrect after undertaking basic verification procedures.

Later in the same month after releasing the “Hard Choices” report, ERS was forced to issue a correction of an analysis of teacher salaries. Their gross error stemmed from the incorrect application of a living wage calculator, and the conflation of data from different school years1 – mistakes that are prevalent throughout their LAUSD analysis. In Madison, Wisconsin, school board members and local disability rights advocates decried the decision to award a contract to ERS, calling the firm “too corporate-minded and too focused on budget-cutting and [special ed spending] caps.”2 ERS has also shown a willingness to ignore conflicts of interest when taking on client engagements: ERS collected public money from Oakland Unified School District to assist the district with budget planning, while at the same time producing a report for the Walton-Funded “Oakland Achieves Partnership,” calling for moving more money to charter schools.

In view of the flawed methodology, questionable evidence, and biased presentation, the report should be completely discounted as a basis for any policy prescriptions. Its only remaining use is to the district’s pro-privatization Board majority and their hired private equity superintendent – as a road map for accelerating the dismantling of the second largest public school district in the country.

Austin Beutner: Superintendent of the Apocalypse? 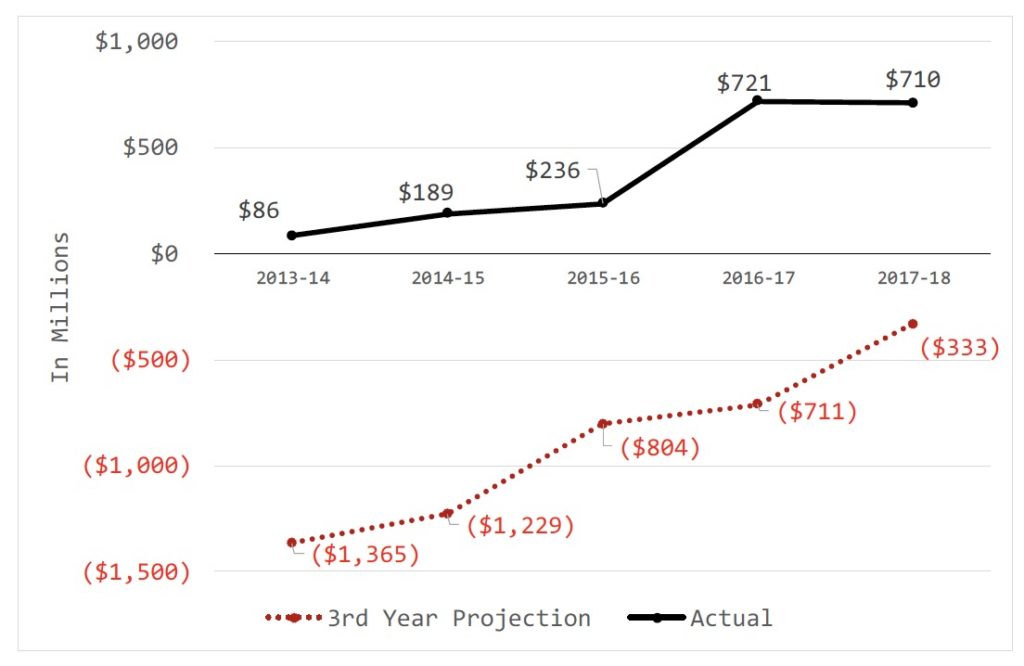 Austin Beutner co-founded Evercore, the investment bank that Institutional Investor called the “Bankers of the Apocalypse,”13 saying that the bank’s “restructuring team has had a front-row seat for U.S. corporations’ ride into the economic abyss.” His “Hard Choices” report and the analysis underlying the report lay the groundwork to justify a similar apocalypse in Los Angeles public education.

LAUSD’s Chief Financial Officers have a history of pointing to an apocalyptic third year, and the Board has a history of using that third year to justify draconian cuts in classrooms. However, the fiscal cliff has never arrived. To the left is a chart that compares the past five years of the district’s deficit projections for the unassigned ending balance when the respective year is the third year in a multi-year projection, versus the actual results per the unaudited actuals.14 The district’s projected deficit has not occurred. In 2013-14, the district’s prediction was off by almost $1.5 Billion.

Beutner, an investment banker, set up the Task Force to help justify his selection as superintendent. The Task Force did not involve a single individual that is deeply engaged in K-12 education, in the school buildings with students, on a daily basis. The Task Force then chose ERS as its consultant, despite – or perhaps because of – its reputation for sloppy analysis and conflicts of interest, and track record of publishing reports that fault educators as the cause of the financial problems of almost every district they are hired to study. The pro-charter Board majority selected Beutner, who has no experience in education, ostensibly to support their trumpeted “Kids First” agenda.

The “Hard Choices” report is deeply flawed, nakedly biased, and produced by parties with a vested interest in dismantling public education. Despite this, the public should be grateful that the superintendent released the report – because it serves as a stark roadmap of his plan to dismantle and unwind public education in Los Angeles. With the privatizer plan in hand, the true advocates for students and educators now have a tactical advantage in the fight to save America’s second largest public school district.

Follow @@UTLAnow
United Teachers Los Angeles ·
@UTLAnow
Just sitting here
wondering why my students are in the
auditorium taking their 6th day of #standardizedtesting instead oflearning. (This is on top of the 16+ other mandated standardized
assess ments students must take all year) FYI, parents can OPT their kids
OUT. #LAUSD https://t.co/WFqLY7rDhM
View on Twitter 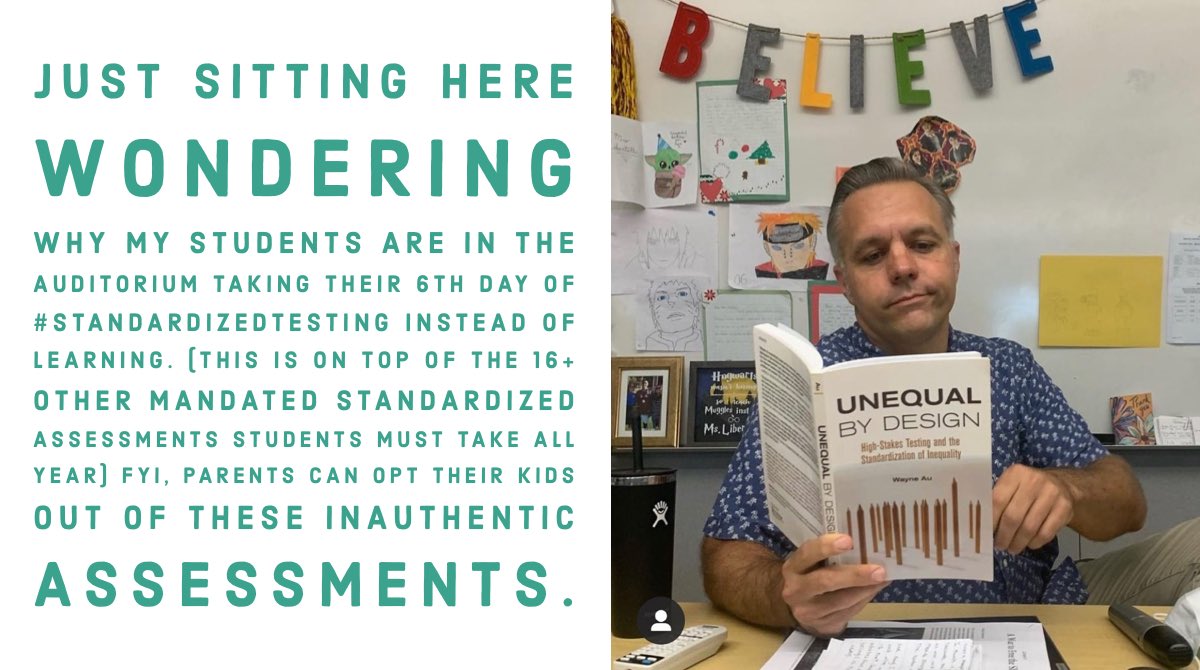 3
4
United Teachers Los Angeles ·
@UTLAnow
The UTLA House of Representatives — the largest policy-making body of our union — voted overwhelmingly to endorse the following candidates in the June 2022 primary.
#WeArePublicSchools https://t.co/jsTx7Mf0uu
View on Twitter 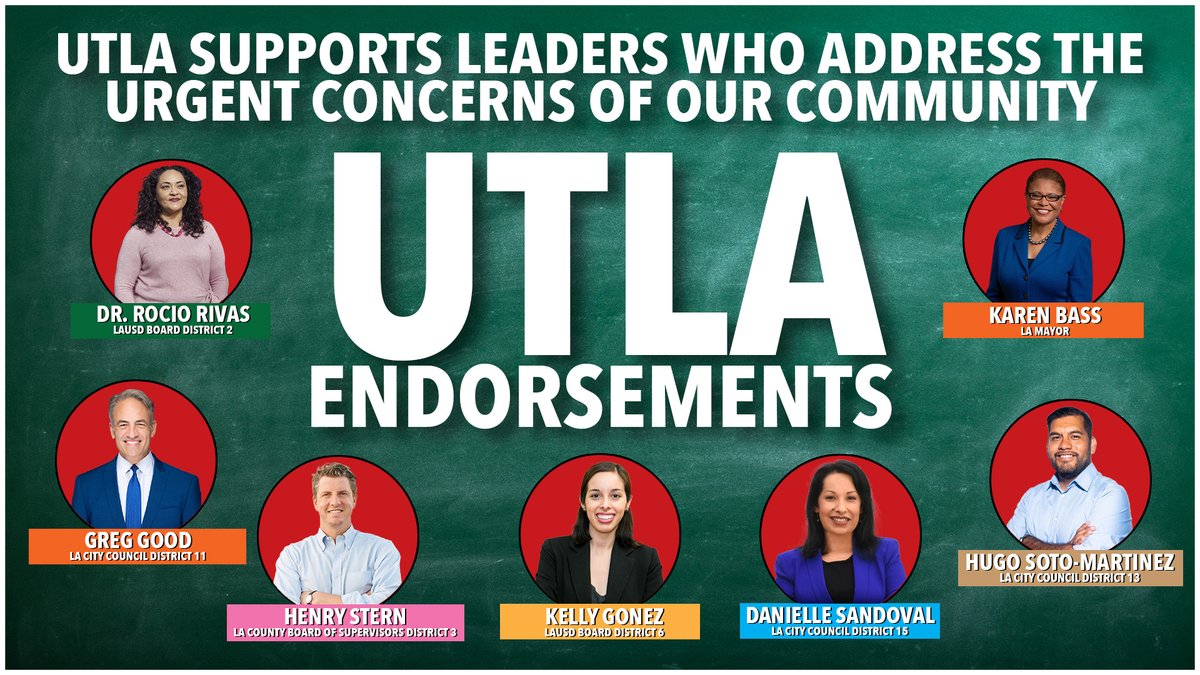 4
2
United Teachers Los Angeles ·
@UTLAnow
Today is International Day Against Homophobia, Biphobia & Transphobia ( #IDAHOBIT). We must stand up for the human rights of 🏳️‍🌈 #LGBTIQ+ people everywhere including our students.
#WeArePublicSchools https://t.co/1Q2QGqqmxh
View on Twitter 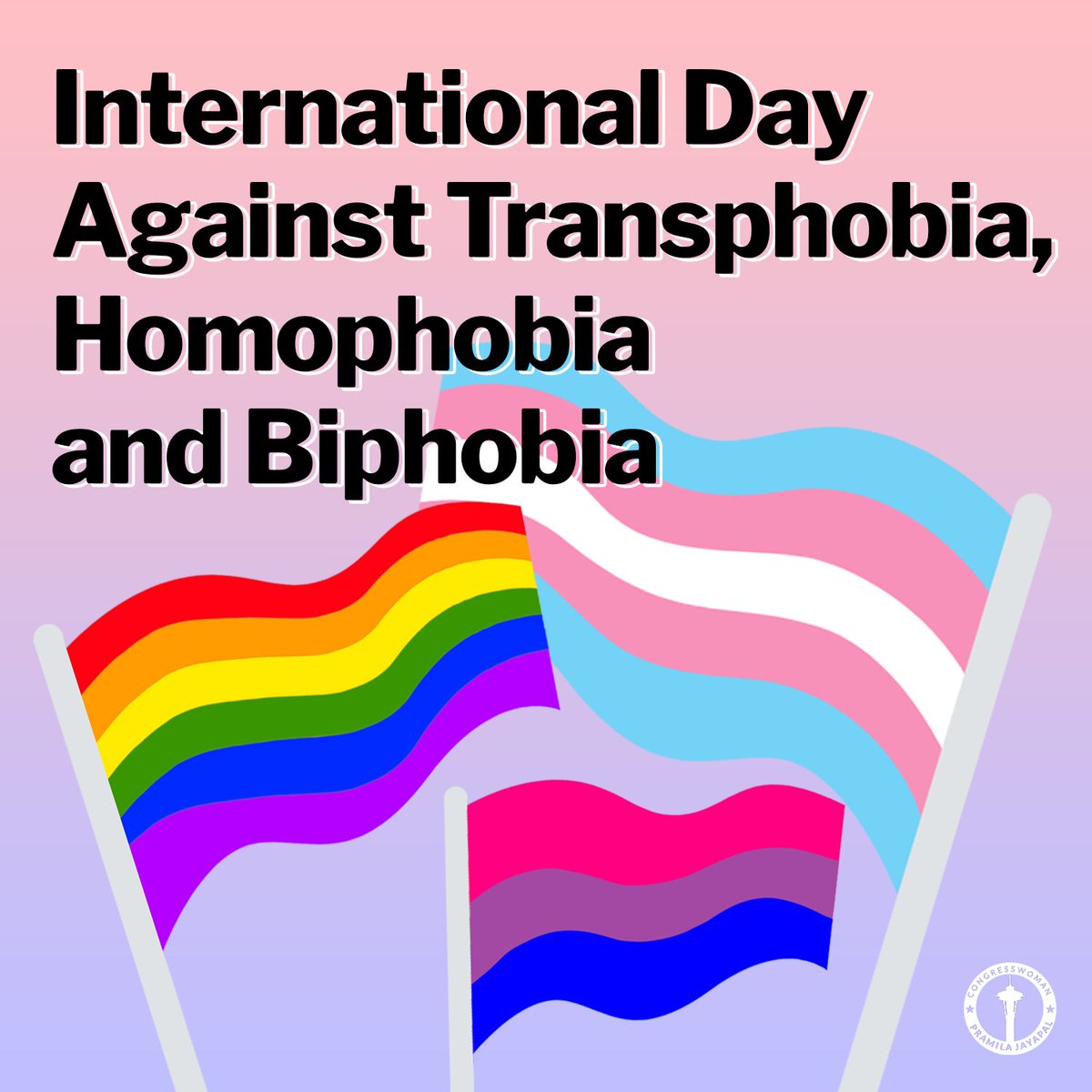