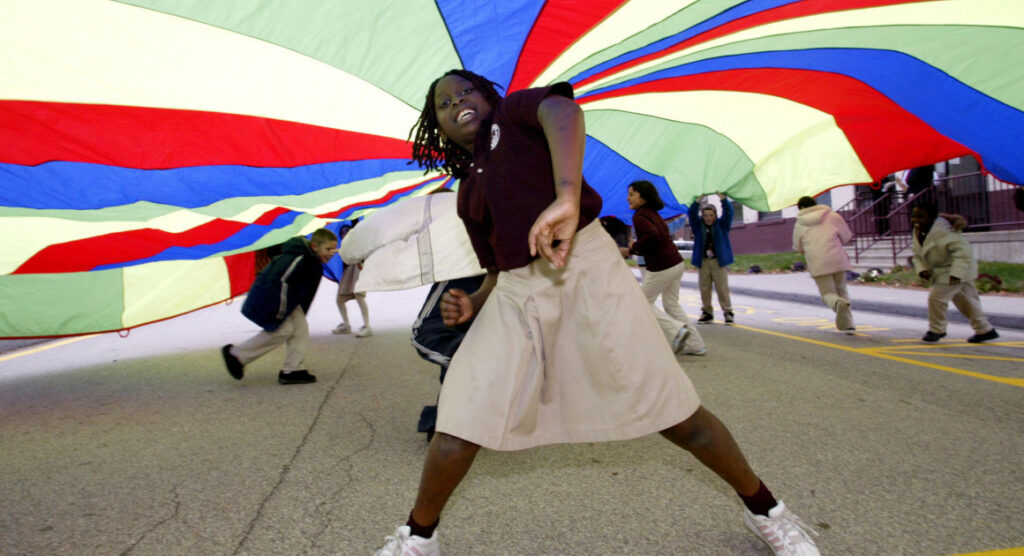 SACRAMENTO — It’s tough being a charter school advocate in California these days. Not only are the schools facing fierce opposition from the Democratic-controlled Legislature, teachers unions and a governor whom their backers spent millions trying to keep out of office, they also have the most politically toxic ally possible in California state politics: President Donald Trump.

It’s particularly frustrating for Democrats like Margaret Fortune, a former adviser to two California governors who now runs a group of charter schools in Sacramento. After years of success at expanding the privately managed schools, Fortune and her allies are facing an uphill battle against a union-backed legislative package that aims to prevent any new charters from opening in the state while tightening the regulation of the more than 1,300 that are already operating.

It’s made California — one of the first states to adopt a charter school law in the country — the biggest battleground in the fight over the future of the movement.

And unions, including the California Teachers Association, and other charter opponents are wielding the Trump administration’s support for charters and that of Education Secretary Betsy DeVos as ammunition.

“Has it been damaging that Donald Trump and Betsy DeVos have given an unwelcome bear hug to charter schools? Absolutely,” Fortune told POLITICO as she paused to reflect on the euphoria of attending the Election Day party at Hillary Clinton’s Brooklyn headquarters in 2016 — and then the next day, when she protested outside Trump Tower.

“Charter schools are a bipartisan issue, not a Republican issue,” she said. “I think that the California Teachers Association has taken advantage of the current political climate to characterize it in that way, but it’s not true.”

Many charter schools across the country are facing a reckoning. Earlier this year, teachers in West Virginia, one of the few states that does not permit charter schools, went on strike to protest legislation that would have allowed them. The legislation passed the Republican-controlled Senate before stalling when the governor vowed to veto it.

When teachers in Denver went on strike for the first time in 25 years, they cited concerns about the city’s many charter schools siphoning off funding as one of their major grievances.

As part of negotiations to end teacher strikes in Los Angeles and Oakland in recent months, districts vowed to fight against charter school growth — where unions put some of the blame for declining resources in their schools.

Gov. Gavin Newsom is taking a decidedly different tack than his predecessor, Jerry Brown, who vetoed a union-backed attempt to rein in charter schools just three years ago. While not anti-charter, Newsom has moved the Governor’s Office closer to the position taken by the California Teachers Association, which says charters are taking away precious dollars from traditional schools while not adhering to the same rules.

“The industry knows that they’ve gotten away far too long with waste, fraud and abuse, and zero accountability and transparency,” said California Teachers Association spokesperson Claudia Briggs. “And right now you have legislators, taxpayers, educators who agree, along with the governor, that this has to stop now for the sake of our kids.”

The first non-budgetary bill that Newsom signed into law holds charter schools to the same transparency requirements as other schools and public agencies, but he’s been careful not to paint charters with a wide brush.

“I’ve long supported high-quality nonprofit charters. I’ve been an advocate, not just a supporter,” Newsom said at the bill signing in March. “And I’m very aware of the stresses, particularly as exampled in L.A. and Oakland, with issues related to charters.”

In the final weeks of the campaign, a Thurmond ad emphasized that he was backed by teachers unions and the California Democratic Party, while it claimed Tuck was backed by DeVos, complete with a photo of her and Trump behind a superimposed image of Tuck. Politifact California deemed that ad “false,” noting that there was “zero evidence” to support the claim that DeVos supported Tuck.

In their push for a legislative package that would regulate the schools more than ever, Democrats have continued aligning the charter movement with DeVos and Trump this year. The legislation would cap how many charters are allowed to operate in the state; place a five-year moratorium on any new schools from opening and give school districts much more power in authorizing charter schools.

In the bills’ first hearing this month, the only Republican on the Assembly Education Committee — Kevin Kiley — was the lone “no” vote. When California Charter Schools Association President Myrna Castrejón criticized the bills, Assembly Education Chair Patrick O’Donnell, a Democrat spearheading the legislation, said she was “spouting off like Donald Trump.”

But pro-charter groups are trying to distance themselves from the Trump administration. They say their mission has been unfairly maligned, pointing out that former Gov. Brown, a Democrat, opened charter schools of his own.

“Our opponents want people to believe that charter public schools stand behind an administration that focuses on division, instead of inclusion. But here’s the truth: California is different, and so are California’s charter public schools,” Castrejón said. “We were here long before President Trump took office. We stood together and fought against ICE raids that targeted our most vulnerable students, and we will be here, standing with our families after his term ends.”

Fresh off election victories in California last year, teachers unions have made charter schools a top target, arguing that the growth in charters has sapped nearby traditional schools of enrollment-and attendance-based funding.

But Fortune points to other factors that weigh against a school district’s budget, including higher pension and health care costs and a declining birth rate, which means falling enrollment. She called charter schools “a convenient scapegoat.”

“With this package of bills, the legislators and the teachers unions who are backing them up are saying that the money these kids generate is more important than the kind of education they get,” she said. “It’s not only cynical, it’s wrong. Up until this point, the law has favored the academic performance of the student above all else.”

Charter schools are public, tuition-free and use taxpayer dollars like traditional schools, but don’t have to follow the same rules, particularly around teacher hiring.

Some charter schools are thriving so much they’ve become magnet programs drawing high-potential students from neighborhood schools. Proponents point to those examples as successes, especially at charters serving disadvantaged students who perform well. But critics say that has come at a cost to traditional programs that lose funds and academic diversity when students leave.

In other cases, charter schools have failed without proper oversight — or in the worst examples, engaged in alleged corruption. Last month, the Los Angeles Times reported that a wealthy Beverly Hills couple had gamed charter policies to make millions off of the schools while leaving students to learn in poor classroom conditions.

“If you’re a good charter operator, there is nothing for you to worry about,” O’Donnell said. “Some charter schools have exploited every loophole in the law and this bill starts to close those loopholes. This bill supports kids.”

The refrain of labor unions has been to fight against “billionaire-backed” schools. In last year’s elections, Netflix CEO Reed Hastings and philanthropist Eli Broad donated to the political arm of the California Charter Schools Association to defeat Newsom. The Walton family, heirs to Walmart, have championed charter school growth.

Charter supporters like Fortune say that it’s simple: the schools can benefit from philanthropy, and philanthropists are wealthy. But CTA says there’s too much room for influence.

“Somebody can say it’s philanthropic in nature but when you follow the money and see what the agenda is, you see the true intent, and that is to privatize public education,” Briggs said.

Perhaps the simplest argument comes from people like Assemblyman Rob Bonta (D-Oakland): the charter law, created second only after Minnesota’s in 1992, is old and needs updating. Bonta has co-authored bills that would give local school boards greater authority over charter approvals and the power to reject charters if they could hurt neighborhood campuses.

“Like anything, it’s highly doubtful that when that bill was passed in 1992 that they got it exactly right, that they nailed it and nothing needs to be changed,” he said. “We know that our school districts are hurting, that there is a massive financial impact on our traditional public schools.”