Unearthed emails reveal a cozy relationship between the L.A. schools superintendent and the charter school lobby.

Abby Kingsley contributed to this column 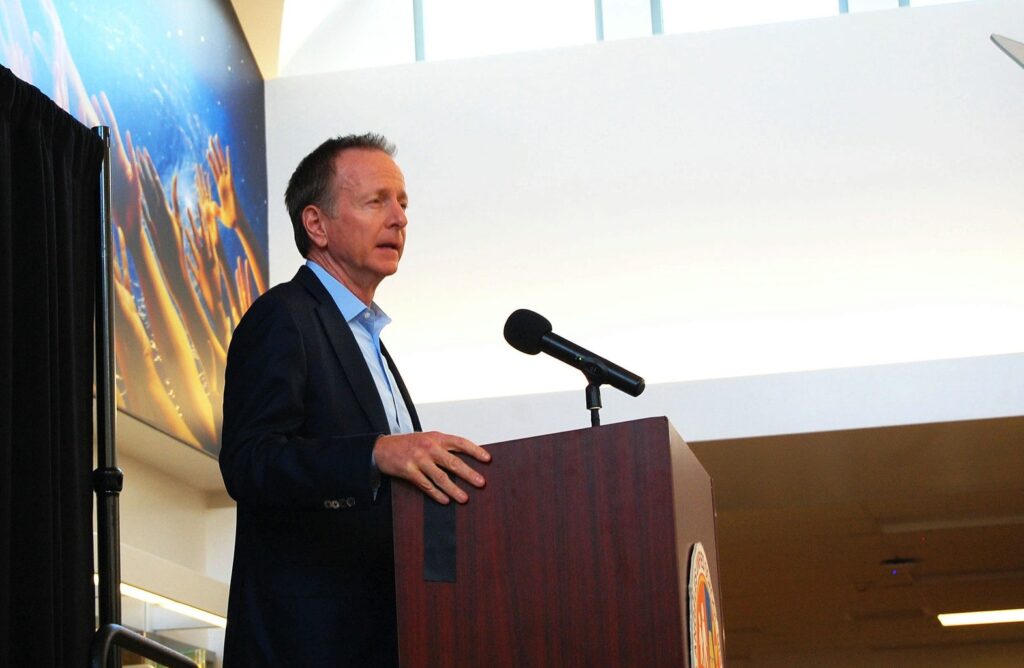 CCSA’s L.A. lobbyist, Cassy Horton, defended the back channel in a tweet, implausibly insisting that the episode represented a “normal” courtesy extended by LAUSD superintendents to all district stakeholders. Not quite, scoffed UTLA spokesperson Anna Bakalis, who reminded Learning Curves that Beutner’s freeze-out of LAUSD’s largest labor partner from any information about the speech was the reason that the union mounted a protest outside the event. The emails are part of an over two-gigabyte, public records act request document dump from Green Dot Public Schools that the Kohlhaas has uploaded to Archive.Org for crowdsourced investigating.

Also exhumed from the cache by the L.A. Times’ Howard Blume was a kind of order of battle for L.A.’s charter establishment on how to retake the political initiative after January’s union victories. Penned by Parent Revolution founder and deregulation hardliner Ben Austin for Los Angeles Advocacy Council (LAAC) Leadership — a shadowy klatch of L.A. charter elites — and a handful of political consultants, the confidential document reads like a declaration of war — against UTLA, against LAUSD and against the L.A. Mayor’s office (Austin evidently blames Mayor Eric Garcetti for brokering a strike settlement that included statewide charter law reform). It calls for the recapturing of the LAUSD school board majority in 2020, the mayor’s office in 2022, another legal attack on teacher protections framed as a civil rights lawsuit against the school district, and a renewed assault on neighborhood schools by doubling down on No Child Left Behind-era accountability measures. The goal? A decisive district takeover by 2030.

LAACL is hardly the only faction of privatization Democrats bewildered by the sea change in a state and a national party that until the 2016 election seemed irretrievably besotted by neoliberal reform and the bottomless pockets of charter philanthropists. But as WaPo’s Laura Meckler noted last week, even onetime school choice stalwarts-turned-2020 Democratic presidential hopefuls now act like they’ve never even heard of charter schools. Chalk it up to an electorate woke by the Red for Ed teachers strikes and the sheer toxicity of the nonstop headlines generated by the charter/choice movement’s chief ally, U.S. Education Secretary Betsy DeVos.

Those headlines included Friday’s announcement of DeVos’ final repeal of the gainful employment rule, an Obama administration regulation mandating that tech education diploma mills either equip graduates with the means to repay federal student loans or lose their Pell grant eligibility. And late June’s federal lawsuit against the department’s illegal stonewalling of the Obama borrower defense rule threw an unforgiving spotlight on DeVos’ attempts to deregulate the for-profit college sector back to lucrative health. The suit was brought by Harvard Law’s Project on Predatory Student Lending, which is suing the department for its inaction on over 150,000 claims by students defrauded with worthless degrees and crippling debt — many filed as far back as 2015.

The higher ed cautionary tale of the week involves Monday’s savage defunding of the University of Alaska System. Republican governor Mike Dunleavy’s line item veto erased 41 percent of the university’s budget as part of a $1.9 billion scheme to increase Alaska Permanent Fund dividends — the state’s universal, oil revenue dole — from less than $2,000 per person annually to a $3,000 check. But the dismemberment of the system, unless reversed by the legislature, will put the education of more than 26,000 students at risk, imperil crucial climate change research and, professors warn, trigger a stampede to the Lower 48.

“There will be a massive sucking sound of people leaving the state,” University of Alaska at Anchorage chancellor Cathy Sandeen told Inside Higher Ed. Dunleavy also vetoed $335,000 from the budget of the Alaska Supreme Court in a punitive swipe at the court for overturning legislative attempts to strip abortion-related funding from the state budget.